Life Members of the Religion Communicators Council are a truly special group within the RCC.

They are retired professionals who have been a member of RCC for at least ten years and have made significant contributions to RCC and the profession of religious communication. Life Members are nominated by their local chapter or the Board of Governors and are voted upon by the Board of Governors. Our Life Members enjoy all the rights and privileges of Professional members in the RCC and pay no annual dues.

The energetic Paul Brink lives in Media, Pa.. He helped lead the Philadelphia RCC chapter for many years. He originally began his RCC membership with the D.C. chapter in the 1970s. “I worked on the convention when I was in the D.C. chapter,” Brink recalled. The very next year, he moved to the Philadelphia chapter, where by coincidence he also planned the convention. “Two years in a row,” Brink said. “That was a busy time.” A communicator for the Society of Friends, Brink has been retired since 1993. 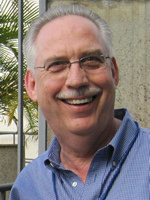 Tom McAnally, a retired staff member of United Methodist Communications, served in several elected positions with the Nashville Chapter of RCC and was national president of the former Religious Public Relations Council for two years (1988-1990). He also edited the national Counselor newsletter and was deeply involved in planning national conventions held in Nashville. McAnally retired in 2001 as director of United Methodist News Service, based in Nashville, Tenn. Previously he had served as director of communications for the Nebraska Annual Conference of The United Methodist Church. He was named distinguished alumnus by Oklahoma City University in 1985 and was named outstanding communicator by the United Methodist Association of Communicators in 1989. 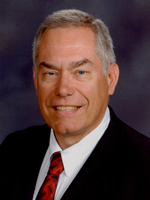 For Tom Slack, becoming a communicator was an “on the job” learning experience made possible with the help of four mentors. Ordained an elder in the West Ohio Conference of The United Methodist Church in 1974, the Marion, Ohio, native was pastoring a congregation when he became involved with the conference communications committee. Two photographer mentors helped him become proficient with a camera – so proficient that many people think of him as a photographer first, writer second. Slack served on the RCC governing board from 1991-96 and edited the fifth edition of the Religious Public Relations Handbook published in 1995. He left church journalism in 2006 and officially retired as a pastor on July 1, 2012, but has taught online communication courses for Kaplan University since 2001 and still takes photographs. 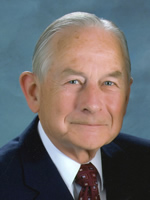 James C. “Jim” Suggs has been a member of the Religious Public Relations Council and its successor organizations since 1960. He served as national president, president of three local chapters, and edited the first edition of the council’s Religious Public Relations Handbook. An ordained minister of the Christian Church (Disciples of Christ), he held communication and administrative positions in that denomination and served as executive director of the ecumenical Texas Conference of Churches. He twice was a member of the Disciples’ General Cabinet. At retirement, Jim was president of the church’s international (United States and Canada) publishing house, the Christian Board of Publication. 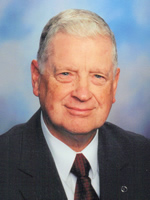 Fred Swartz served on the executive committee of RCC (formerly RPRC) for five+ years in the 1970s and 80s. He was the first editor of the RPRC newsletter and helped to edit and write for the first Religious Public Relations Handbook. At the time he served with RPRC he was coordinator of the communications and stewardship units of the Church of the Brethren (COB) denominational staff. He left the COB staff in 1983 to resume his calling as a congregational pastor and is now retired.

The Religion Communicators Council remembers and honors the legacy our Life Members who have died in recent years. 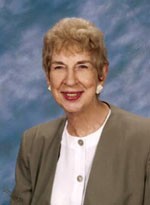 During her active years in religion communication, Lois J. Anderson was a writer, editor, producer, trainer and administrator devoted to non-profit public service communication from 1953 to 2000 in New York City. During her half-century career in religion communication, Anderson served the American Baptist Church in the USA radio-TV department working with the program units of ABC, CBS, NBC and media training for clergy. At the National Council of Churches of Christ in the USA, she served with the Communication/Broadcast and Film Commission. She also served in public and church relations with Religion in American Life, the American Bible Society and Church Women United. 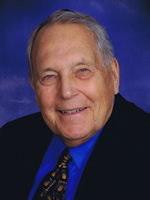 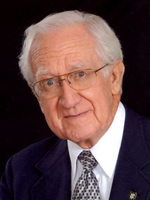 Wilmer C. Fields was an RCC Life Member, having joined RCC in 1959. He served as national president from 1966-1967. Fields was one of the founders of the international Religion Communication Congress. Fields served as pastor of churches in Louisiana, Kentucky and Mississippi before entering the world of religion communications as editor of the Mississippi Baptist Record newspaper. He expanded his role as communicator when he became vice president for public relations with the Executive Committee, Southern Baptist Convention from 1959 until his retirement in 1987. In this capacity, he was also SBC press representative, 1959-1987; director of Baptist Press, 1959-87; and editor of The Baptist Program, 1959-72. 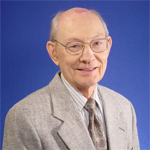 Lester Garner, an RCC Life Member, had fond memories of serving as president of the Philadelphia RCC chapter. During his career, Garner served as assistant director and then as executive director of Public Relations Services of the American Baptist Board of Educational Ministries. 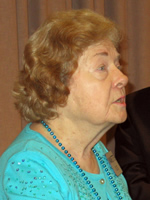 Nanette Geeo was a founding member of the Dallas-Fort Worth chapter in 1967. She attended every national RCC convention from 1971 until her retirement in 1999. She served the Dallas-Fort Worth chapter (formerly known as the Dallas Chapter), as an officer and distinguished herself on the national level. Nanette served the Highland Park Presbyterian Church for 36 years, editing their newsletter and fulfilling other communication responsibilities. 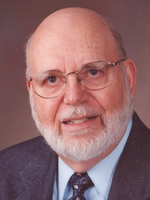 Rev. Frederick (Fred) Gonnerman worked in church communications and public relations for 36 years. After his first call as a parish pastor in Painesville, Ohio, he spent five years as the Assistant Director of Public Information for The American Lutheran Church, Minneapolis, Minn. He went on to establish the Office of Information Services at St. Olaf College, Northfield, Minn., where he worked from 1966-1989. He finished out his career by establishing and directing the Office of Public Relations at Luther Seminary, St. Paul, Minn. Throughout his career, Gonnerman felt strongly about being an active member of the Religion Communicators Council. Over the years he received numerous DeRose-Hinkhouse Memorial awards, served as the president of the Twin Cities (Minn.) Chapter, and served on the national board. 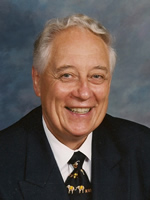 Born in London, England, Peter Hewitt’s childhood was greatly influenced by the ravages of World War II and especially the constant bombing by the German aircraft. A deep faith grew from these circumstances and they have constantly shaped his life. Over the course of his career, Peter served in the Royal Air Force, worked for the Washington Cathedral, Westminster Press, served for ten years as a consultant to religion publishers across the US, and was the first Religion Editor for Publishers Weekly. He finished his career working for the National Publishing Company for twenty-seven years.

An active member of RCC, Peter was former president of Philadelphia chapter and co-chair of the 1976 national convention. He comments, somewhat wryly, that he earned his first money as a choir boy during World War II and used it to purchase a Bible; and that he finished his career editing and producing Bibles in many languages and versions for use across America and around the world. 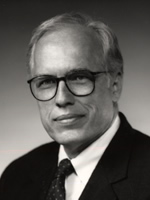 Lloyd T. Householder, retired from LifeWay Christian Resources in 1992, after having been employed there for 32 years. When he retired, Householder was assistant vice president and director of the office of communications. Householder was a member of the Religious Public Relations Council (now RCC), the Baptist Public Relations Association (now Baptist Communicators Council), both of which he served as national president. He also was a member of the Public Relations Society of America, American Personnel and Guidance Association, and the Baptist World Alliance. In addition, Household served as bureau chief of the Nashville office of Baptist Press. 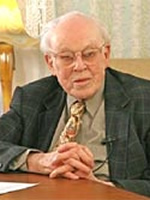 Everett Parker was the first director of Communications in 1957 for the newly-formed United Church of Christ. In that role he founded the United Church of Christ, Office of Communication, Inc., a media reform and accountability ministry with a civil rights agenda, that worked to improve the coverage and employment of women and people of color in broadcasting and other media. His reputation as an advocate for the public’s rights in broadcasting is forever linked to his successful legal challenge to deny the license renewal of WLBT-TV, Jackson, Miss. In a landmark decision in 1966, a federal circuit court ruled that citizen groups have standing (the right to be heard and appeal to the courts) before government regulatory agencies.

Roger C. Sadler worked as a commercial artist for the Board of Global Ministries of the United Methodist Church in New York City for twenty-five years, retiring in 2000.