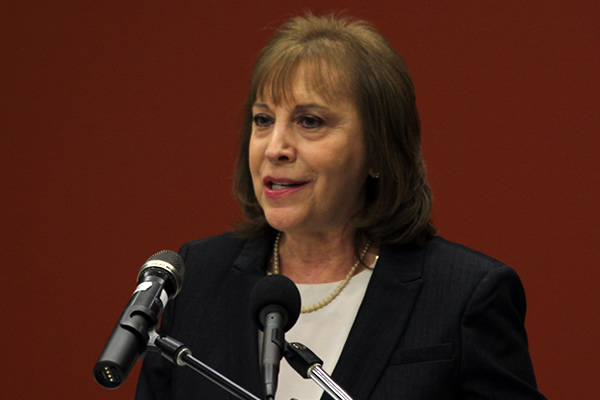 More than a hundred journalists, editors, publishers and other communications professionals convened April 10 at the Fourth Presbyterian Church in Chicago for the combined annual conventions of the Religion Communicators Council (RCC) and Associated Church Press (ACP).

Entitled “Seeing in New Ways: Possibilities and Perceptions,” the convention brought together two of the oldest professional associations in the field of religion communications. RCC, formed in 1929, is the oldest interfaith professional organization in the world and has the mission “to provide opportunities for networking and professional development for people working in communications for a wide variety of faith-based organizations,” while the ACP, tracing its origin to a 1916 meeting, is brought together by a “common commitment to excellence in journalism as a means to describe, reflect, and support the life of faith and the Christian community.”

The convention opened with a challenge from its organizing committee: in a world of chaos, “What are we doing as communicators to make it better?” The opening plenary by award-winning journalist and author Judith Valente, senior correspondent for NPR affiliate WGLT Radio and writer for U.S. Catholic and National Catholic Reporter, explored that challenge and offered insights drawn from the deep well of Valente’s observation tempered by her years of experience with the Wall Street Journal, Washington Post and PBS-TV.

“Reporting is a sacred trust,” said Valente, describing how journalists accompany people through tragedy, suffering and defeat as well as victory and new life. “Journalists must live on the margins of life. Stand apart, to see more clearly the forest for the social media. … Ours is a post-truth era, an age of ‘alternate facts.’ We’ve reached a crisis point – we’re all too willing as a society to accept exaggeration, misrepresentation of facts and sheer delusion as truth.”

Valente implored those present to play a primary role as a listener, saying only then could one channel another’s experience. Drawing on the theme of the convention, she asked “How can we as religion communicators be seekers of truth and still uncover new perspectives?” Her most recent book, “How to Live: What the Rule of St. Benedict Teaches Us About Happiness, Meaning, and Community,” provided a basis for some answers to that question.

Faith reporting today is about “what it means to be alive in the twenty-first century,” Valente said, “The most compelling story can be someone living out their faith.” She detailed moving coverage of a meeting between a Muslim leader and a leader in the LGBT community in the wake of a tragic incident, and a story about a Tennessee pastor pushing the envelope to shine light on the HIV crisis. She stressed that “how people live out their faith” is as worthy of attention as other news, politics and the arts, and that the contracting of faith and values coverage by mainstream media outlets should be viewed as an opportunity for the religious press to use other avenues for getting the stories out – stories that may be about what is new, “but also about what is essential.”

So, what can religion communicators do to make this world a better place? Listen attentively, see in new ways. Find the truth in every story, and find stories in the truth of the lives of those who live their faith. Consider the views of those who conspire as well as those who inspire; write the good, expose the bad. Push pens across pages and keys into keyboards. In short, communicate.

Rev. Brian Fesler is senior pastor of the Church of Scientology in Nashville, Tennessee and a member of the national board of governors for the Religion Communicators Council.

END_OF_DOCUMENT_TOKEN_TO_BE_REPLACED

The October RCC meeting took place virtually with members hearing from David Crumm, founding Editor of www.ReadTheSpirit.com online magazine. David has been a journalist for 48 years. Thirty-five of those years he served as a writer and editor for newspapers and then,...

END_OF_DOCUMENT_TOKEN_TO_BE_REPLACED

The Religion Communicators Council joins with The Associated Church Press in affirming a call by the North American chapter of the World Association for Christian Communication (WACC-NA) for an end to police attacks on journalists. We endorse this statement and...